The Marketing of Future and the Future of Marketing 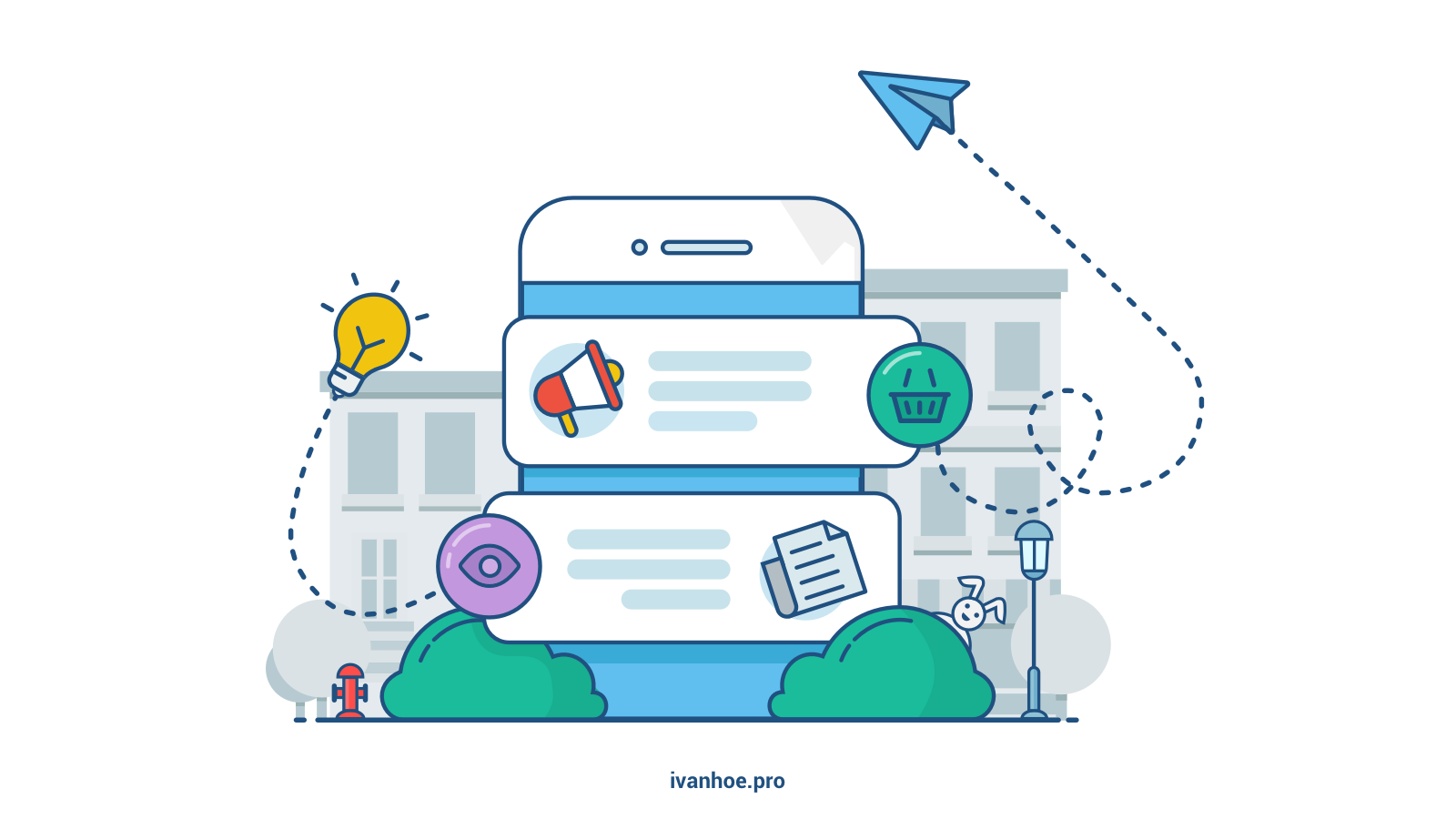 This article is a summary of the lecture of the same name by the marketer Samvel Avetisyan, which he read several times at different times. After it, I looked at marketing from a completely different angle. And nevertheless, there are things with which I am ready to argue.

I think that any marketer who works in digital will sooner or later face a similar situation – mathematics and analytics – things are reliable and accurate, but in the long run the development of any company (if the company plans to exist for a long time) still cannot do without humanitarian knowledge in sphere of evolutionary psychology , philosophy, history, sociology, etc.

The reason for this is one – marketing affects a person, and the human psyche is not static, in the modern world it changes quite often, and a company that does not understand this will be ousted by those who grow with their customers.

Especially this knowledge is necessary for those who work on the Internet, as it is easy to see that the brand of any company is gradually eroding either by the giants Google, Yandex with their services and markets, or price aggregators, billboards and hypermarkets. Marketing without understanding the meaning of the brand turns into a conventional budget struggle in contextual advertising or a price aggregator, the victory in which is always of a short-term nature. Really working marketing is one that, over time, is generally not needed or carries only an information function. Like any effective tool, it should eventually come to sensible inaction, if this does not happen, the company goes all the time on the brink of its survival.

Marketing is inextricably linked with philosophy, since the culture of consumption in a post-industrial society always has the character of self-identification of a person through consumable values.

(beginning of the summary)

The controversy of capitalism

Marketers at that time realized that the very first priests and creators of religions understood in antiquity – that there is something that can be consumed in unlimited form – signs, ideas, values. They can not be felt, but they exist in the minds of the consumer.

Such neo-capitalism ceased to produce products, things, and passed just into the production of ideas, illusions, brands. It is quite possible that it was the decline of religions, the development of science and production that led to the development of global brands, which are now gradually winning the first positions even from such giants as the Catholic and Islamic religious branches.

“Old Marketing” was engaged in meeting the demand of consumers. It is characterized by the following terms:

Kotler does not take into account 2 important circumstances in marketing: the system of consumer values ​​and the resulting “lifestyle” or “consumption style”.

Characteristics of an industrial society

Industrial society was characterized by the following phenomena:

So, what is a brand in simple words:

Brand – an idea that does not exist, but it means!

A brand is a speculative mental construct that, in the context of marketing hermeneutics, is understood as transcendenting consumer value.

Why are ideas more profitable than goods?

There is no brand in the product or on the market. He lives exclusively in the head of the consumer in the form of value, in the form of waiting for you a kind of “smile”.

The term “brand” is characteristic only for markets where supply exceeds demand.

Stages of development of the post-Soviet society

Nothing like? Surely you feel the logic of the story. Now compare the hierarchy of needs of a particular person.

The hierarchy of needs and values ​​of the individual

It turns out that as the market and consumers develop, the sign, philosophical nature of goods becomes more important than the utilitarian one.

Once again, the main idea.

The main function of marketing is not to satisfy, but to help choose.

To understand why advertising should not have a product or a product is shown at a minimum, watch these videos and watch your emotional state and think about why big brands make just such advertising, and what values ​​they want to hook you on.

Current consumption trends are the foundation upon which any marketer, entrepreneur, investor, or politician should orient themselves. This is one of the most accurate factors to be guided by when thinking about the  development strategy of a product, a company, or a country, since consumption is an everyday process for a person to select specific products, services, and behaviors. Here the statistics is the most ambitious and you can easily feel it by looking into any large mall in a modern city.

1. From status to knowledge

The lack of authority in a person’s life is the first sign of rationality (my personal guess). When you go to school and get five, you feel good, better, special. But the real evolution of consciousness occurs at the moment of understanding – there is nothing great in any status. On the contrary, this is just the way to Pavlov’s dog. It is much more interesting to create your own coordinate system and constantly observe – who supports whose behavior. That is why modern man looks at wealth and status differently than the average post-Soviet people in the 90s. Yes, these are opportunities, freedom and influence, but not an idol to worship.

In the phrase “from status to knowledge” laid much more than it seems at first. This slogan implies an absolute change of elites in the modern world, no matter how pathetic it sounds. Material inequality will fade into the background. And at first – the inequality will be informational. If earlier the elites ruled thanks to effective sets of rules that were transmitted using ancient texts. These rules have worked for thousands of years.

And each monarch could easily train his successor in the correct management models, and most importantly, transfer the necessary resources for this. Today, fathers will have to learn from children. So, as such a level of knowledge and skills comes to the arena, which cannot be transferred to another person, unless the ability to understand such information is initially incorporated in it. The speed of mental learning in a modern advanced employee is so high that for our ancestors it would probably be a lethal dose for the brain.

The emergence of a huge information inequality will occur precisely because knowledge and skills cannot be stolen from another, they cannot be inherited. And vice versa – they require the efforts of reason and will, a lot of time, patience and regular stresses – and this is unnatural behavior for a human animal — to consciously introduce oneself into such a state.

This trend is naturally derived from the awareness of the transience of life by modern man. Previous generations lived at approximately the same speeds throughout their lives. And confidence in the future was their basic need, which was more often satisfied than not. It is clear that this is important for any person. But today, being confident in the predictability of tomorrow, you are simply deceiving yourself.

As a result, the idea of ​​fan and gamification spreads in all areas. From the corporate culture of companies to the advertising campaigns of huge brands – everything is saturated with an invitation to the game.

And where will you put to whom? The current trend is that property, which is not a profitable asset, becomes a burden. Since it requires care, attention, investment in service – it becomes a heavy burden, especially if your place of residence can always change. For many people, this idea may seem absurd. But this is precisely why people differ in values.

Now young people are actively looking for the answer to the second question. But what will be the market when they are 30-40 years old? Yes, most likely they will go to the third question. Previously, few people reached it. Now creative consumption is becoming more pronounced. A striking catalyst for this process is the development of crowdfunding – as a way to collect investment for an entrepreneurial project of any person. I myself notice how more and more companies are using this lever for positioning, conducting charity events with customers.

5. Caring for the environment

As a continuation of the previous stage. And even though this issue itself is very ambitious, so that it can be easily said that it is good for the environment and what is bad, the very fact of turning to it well characterizes modern society.

A large body mass becomes irrelevant. The next decades are the peak of yoga, running, gymnastics, tai-chi and dance. Correspondingly, changes in nutrition occur. From simple refusal from meat to scrupulous measurement of calories of the whole diet and raw food.

Here we have little noticeable, in the West it is much clearer.

As a result, gender relations are increasingly spreading, where the roles are blurred, the number of one-time relationships is growing, and the traditional family is increasingly turning into a partnership. Just look at the modern collections of clothing, where unisex becomes ubiquitous.

Therefore, the features of masculinity and femininity may be increasingly replaced in advertising campaigns with a single message of love for beauty, harmony and happiness.

8. Advertising is part of the product.

The more advertising becomes, the more the advertising and branding culture of the conscious consumer grows. A person begins to feel very subtle when his mind is controlled. And if they do it roughly and illiterately, then such advertising will only destroy the brand. Therefore, advertising should be developed on the basis of the values ​​that the company carries with the realization that this is a part of the product, just as important as the main one.

This thesis is very important for business and marketing. To be understood, it is necessary to speak loudly, clearly, beautifully and correct speech. The higher the audience level, the higher the level of the lecturer should be in order for the conversation to be interesting and informative. So with advertising. Who does not learn to create her syllable according to the level of the client, he will lose more developed.

9. The consumer becomes your employee.

As advertising began with word-of-mouth marketing, she returns to it. The sincere advice of a friend, colleagues is often an almost one hundred percent guarantee of acquiring something. For two simple reasons that our mind certainly understands:

Therefore, one of the main questions of the marketer is to himself – how to make it so that the consumer wants to share the product / service of the company? Good service and maintenance may not be enough. The influence should be even thinner and more intriguing.

A clear indication of this trend is the emergence of the symbols Like, Share.
These trends themselves open the way to one of the most interesting questions in marketing – where is the line between satisfying a person’s desire and its formation?

Related posts
How to Hire an SEO Expert [Tips & Questions to Ask]
August 21, 2020
AppSumo Launch: Does Your SaaS Product Need AppSumo Campaign?
June 19, 2020
SaaS SEO Strategy: How to Make SEO for SaaS Products
June 18, 2020
What Is High Quality Content in SEO & Content Marketing?
June 18, 2020
What Is Ideal Final Result and How to Use It in Marketing?
September 4, 2018
The Main Mistakes Small Businesses Do in Web Analytics
September 4, 2018
Leave Comment