What Is Strategy, Tactics and Strategic Thinking? 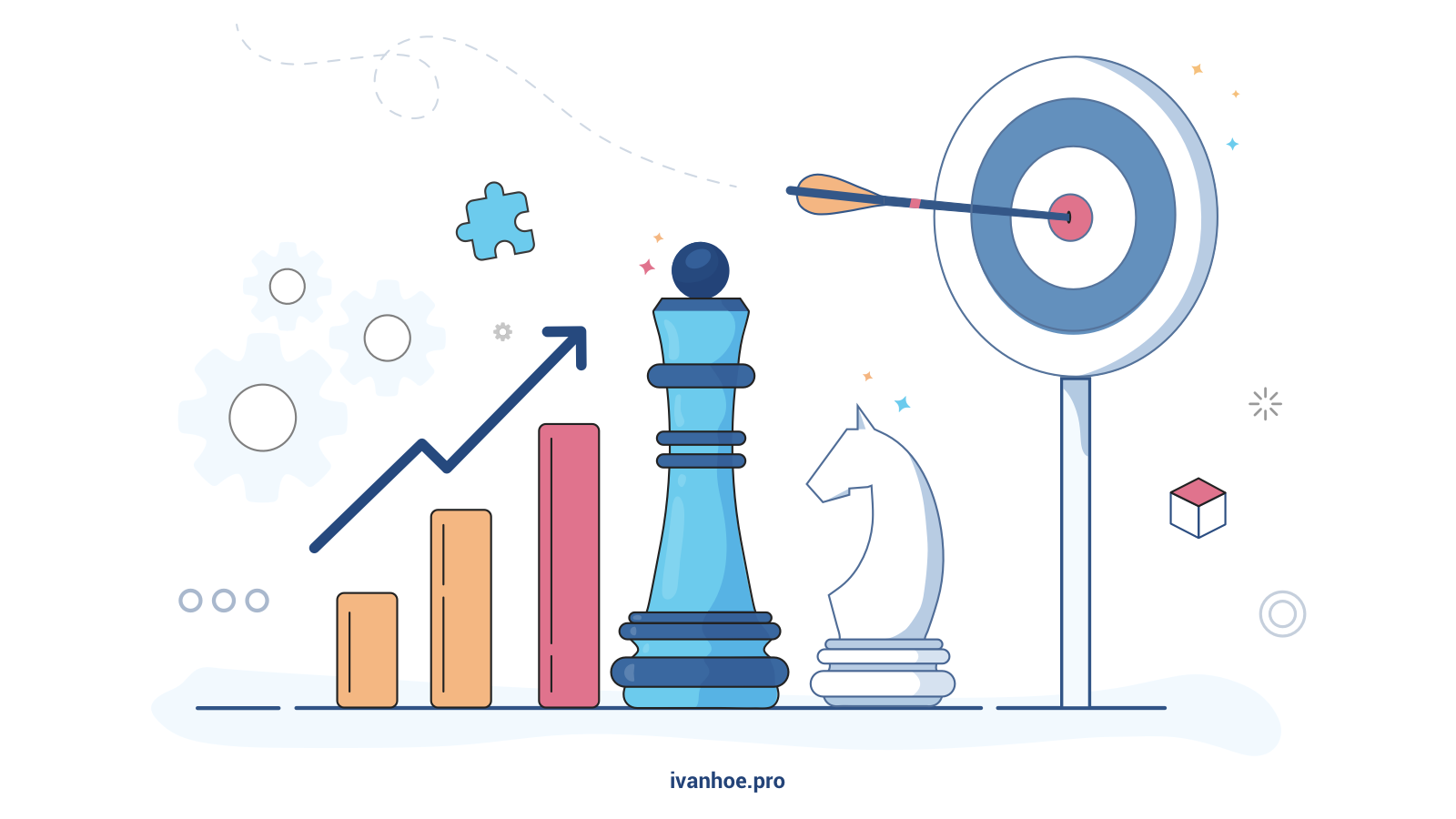 The origin of the concept of “strategy”

We often use the concept of “strategy” in various areas of our lives. But the more I interact with different people, the more I understand that they invest very different meanings in it. Therefore, I decided to investigate this question in more detail and determine the difference between these words. Naturally, this article does not pretend to be the ultimate truth.

Wikipedia tells us that the word strategy from ancient Greek translates as “the art of the commander.” That is, the strategy initially arose, as a certain set of rules that helped the generals defeat opponents. And in order to better understand the meaning of the strategy, it is necessary to turn to the experience of the great military philosophers.

Originating as technology of victory in war, in the modern world, the concept of strategy is most often seen in business, politics, any civilized struggle for resources.

Among the books that are most give insight into the strategy and tactics can be identified, which have already become classics, “The Art of War” by Sun Tzu, and “On War,” Carl von Clausewitz.

<…> The division into tactics and strategy now has almost universal distribution; each of them more or less definitely knows in which of the two areas he must place a separate phenomenon, even without giving himself a clear account of the basis for this division. If such a unit is unconsciously guided, then it must have a deep foundation . <…>

<…> Tactics and strategy are two in space and time of each other penetrating, but at the same time essentially different activities; in no case can we think clearly about their internal laws and relationships, without having established their exact concepts. <…>

What is a strategy

The definition from Wikipedia seemed to me not enough to explain the differences in strategy and tactics. And I think the excerpt from Vladimir Tarasov ’s site is more understandable and comprehensive .

<…> We need a Strategy, when we understand that our Picture of the world is definitely not complete or inadequate, more or less understand what information we lack, but we must act in spite of this shortage. Strategy is the scenario of our actions, in which we assume their greatest success or the least loss. And we make a decision with obviously incomplete information: by will and intuition we are trying to compensate for the lack of knowledge.
Acting, we, thanks to success or failure, refine the Picture of the World to a level where it can be considered more or less adequate. Now Tactics comes on the scene, for which, in principle, there is enough logic and experience. <…>

<…> You have lost your house key and are trying to open the locked lock yourself. First, you choose a strategy: either push the knife into the gap between the door and the jamb, or try to act with a wire in the keyhole, or even remove the door from the hinges …
When you stopped on choosing a strategy, tactics begin. <…>

The same thing, only in other words says von Clausewitz.

<…> Strategy is the use of combat for the purposes of war, therefore, it must set a military action as a whole with a goal that would correspond to the meaning of war. It draws up a plan of war and associates with a goal set by military actions a number of those actions which should lead to its achievement; in other words, it outlines the projects of individual campaigns and sets them to separate battles. Since most of these actions can be scheduled only on the basis of assumptions that are partially not justified, and a whole series of more detailed definitions cannot be made in advance, it is obvious that the strategy must itself go to the theater of war so that to dispose of the particulars and make in the whole those changes in which there will always be a need. Thus, she cannot for a minute break away from military actions. <…>

As a result, a strategy is a scenario for achieving an ideal final result , in which you know for sure that your picture of the world is incomplete, the pattern of behavior may change .

I will try to express the thought of Clausewitz in my own words.

“Our goal is to win the war. Which of the campaigns will be successful, and which of the battles will become a control one and will lead us to victory, we cannot know. Nevertheless, we begin to act on the basis of hypotheses about the success of a particular campaign. If step by step our predictions are justified, then we continue the implementation of the originally developed strategy, if not – we make changes to the plan and accordingly change our behavior. ”

Tactics is a scenario in which you know exactly what the result will be when it is implemented. The more tactics you possess, the more multivariate strategies you can build.

Imagine a small child who was put in the corner of a room and given toys. Having played enough, he decides to explore the vast world of his home. And after a few steps, he notices that there is candy on the table. So, there is a GOAL . As soon as the goal appears, the movement to the desired candy begins. So, the child uses the first tactics.  Just get close to the subject and reach up for candy. Namely, it is a tactic, as a child, believes that his picture of the world is adequate. When he encounters surprise and understanding that this is not enough, his brain and research instinct begin to build ways, models, how to achieve the goal. So the child goes to search STRATEGIES. So he begins to choose between the tactic of “moving the candy with a toy stick” and the tactic of “building a pyramid from objects”. He fully pursues one of these tactics. If it does not work, try another one. But, we can talk like that about the thinking of a child only when there is an understanding in his brain that one can achieve a goal in different ways.

As a result, the strategy appears when we understand that we do not know which methods and methods will lead us to the goal. In essence, when building a strategy, a person works with a miscalculation of probabilities and is the deployment of certain predictions of the future in our brain. Tactics is the technical execution of the necessary actions that predictably bring results. As a result – 3 important conclusions.

What is strategic thinking

Strategic thinking is the process of building several scenarios for achieving a goal with the understanding that only one of them will be realized, and the time spent on the others will be wasted. The first time I heard the essence of this definition was also on the videotape of Vladimir Tarasov’s lecture on Henry Ford. Ford said that strategic thinking is inevitably accompanied by a willingness to do “sighted” work. That is why I focus on the second part of the sentence. Let’s think over the definition in more detail.

Understanding that the new introductory ones will constantly make changes to our plans, why should we waste time thinking about wasting and building several ways to achieve the goal each time, if we choose only one way? Such mental activity may seem wasteful, unnecessary, and ineffective to many.

The answer is simple. The constant presence of different scenarios for achieving the goal makes you invulnerable and more efficient. What is more, efficiency is a derivative of invulnerability. Such invulnerability results from two elements:

Sun Tzu in chapter IV of his treatise speaks of invulnerability as follows:

<…> In ancient times, the one who fought well, first of all, made himself invincible and waited in such a state when it would be possible to defeat the enemy. The invincibility of imprisonment in oneself, the possibility of victory lies in the enemy. <…>

<…> Therefore, one who fights well, stands on the ground of the impossibility of his defeat and does not miss the possibility of defeating the enemy. For this reason, the army, which is supposed to win, first wins, and then searches for battles; army condemned to defeat, first fights, and then looking for victory. <…>

The time and intellectual resources that we spend on building several ways to achieve the goal pays off with a sense of invulnerability, and subsequent efficiency. But at the stage of thinking it is difficult to realize.